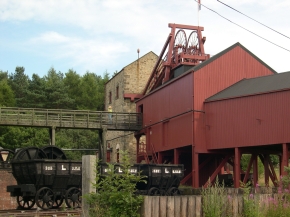 Two female lines who marry into the Errington family in the Eighteenth Century.

A less common name, but still one which has posed a problem.  The death of Henry Gladders does not tie in with any birth found.

Ann Collin became the wife of John Mason, but little more is known about her.

Mary Dawson was born in Washington in 1781.  She married in Wallsend.

Thomas,  born in Whickham in 1744, was the son of Ralph and Elizabeth.

Born in Gateshead in 1784, George eventually moved to Tynemouth.  His line has been traced back to a John Errington who married in 1733.

A native of Ebchester, Robert Nicholson was born in the late 1600s.

John Mason married in Easington in 1775.  Descendants moved to Wallsend.

It seems impossible to research in this area without finding a Thompson on your tree!  Fortunately, this one is named Anthony, which is, at least, a little less common. The Reed family trace back to the early years of the 1700s in Ebchester.  Catherine Reed married into the Thompson family.

Large numbers of unrelated baptisms and burials for these surnames have been collected over many years.  Please see our website www.usmk.co.uk to check those lists if you are interested in any of these names.