We’re very interested in the life of the Reverend Jonathan Boucher who was born in Blencogo, Cumberland in 1738.  A fascinating character in many respects, Jonathan has taken us to some little known places in the U.S.A., as well as to Mount Vernon where he used to visit the Washington family.

Jonathan lived in Virginia and Maryland from 1758 -1775, at which time he returned to England and settled in Epsom, Surrey. During his time in America, he ran a school and was tutor to George Washington's step-son.

He was married three times, his wives being: 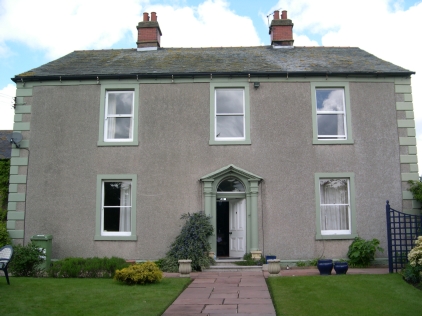 The descendants of Jonathan have been extensively researched  and show a distinct upturn in the fortunes of the family, a far cry from Jonathan’s humble beginnings.

Jonathan’s sister, Mary Boucher, is our direct line ancestor.  She married Isaac Tordiff in Bromfield.  Sadly, this branch of the family was not to enjoy such success.

If you are interested in any other Bouch or Boucher families of Cumberland, you will find lists of baptisms and burials here.  There are also wills to be found on our probate page.