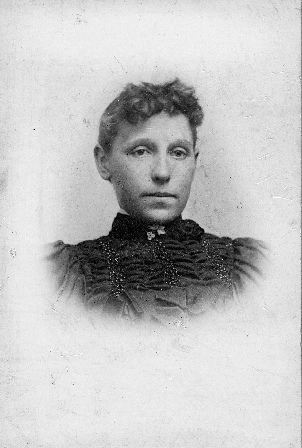 The name Lightfoot within Cumberland has become something of a fascination, and descendants of all of these families, whether related or not, have been followed with great interest whether they remained in  the United Kingdom or moved world-wide.

Of particular interest is the Lightfoot family of Wedholme Hill in the parish of Wigton where several Williams and Josephs lived from the mid seventeenth century into late Victorian times.

Ann Lightfoot, was born in 1864 in Gilcrux. Before her marriage to Henry Wilkinson in 1894 , she worked as a servant/cook, reputedly for a family called Bigland, and perhaps at nearby Hayton Castle. She was said to have had two illegitimate children, but we believe there may have been three.

Ann later moved to Haltwhistle, and then to Newbiggin-by-the-Sea, Northumberland.

The Black Sheep of the Family.

Everyone will eventually find  a criminal on their family tree and, for the Lightfoot family, it was a murderer named James.  At the age of 21, James, in 1820, killed a younger man and was executed in Carlisle.

Our interest in this surname in the North West of England has resulted in an extensive list of baptisms and burials.  If you are looking for a Lightfoot family in this area, please take a look at our data listed on www.usmk.co.uk  There are also many wills on our probate page.